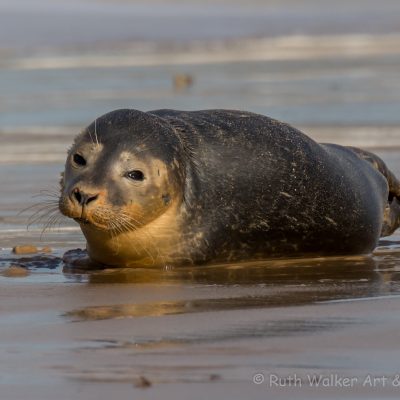 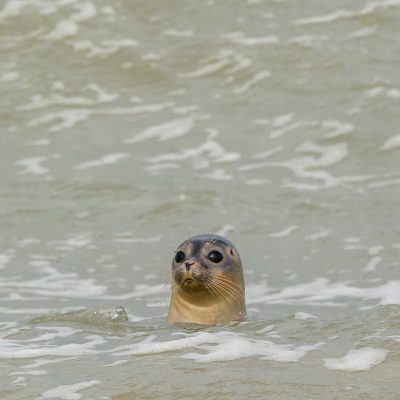 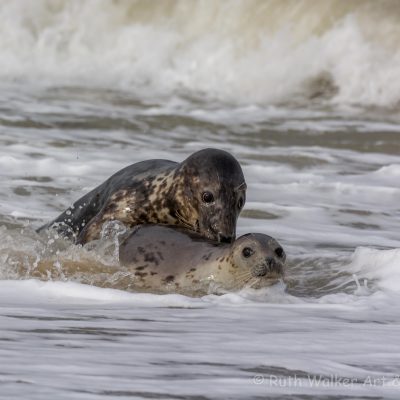 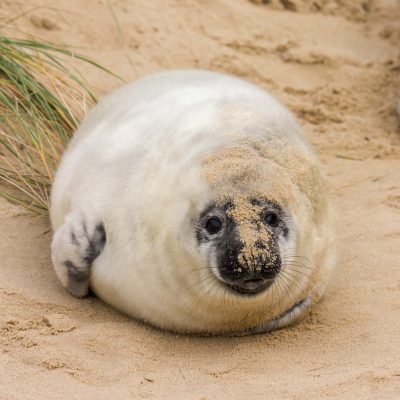 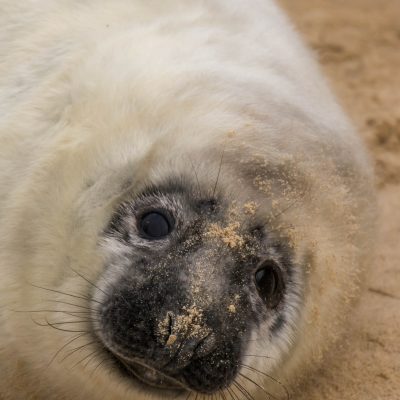 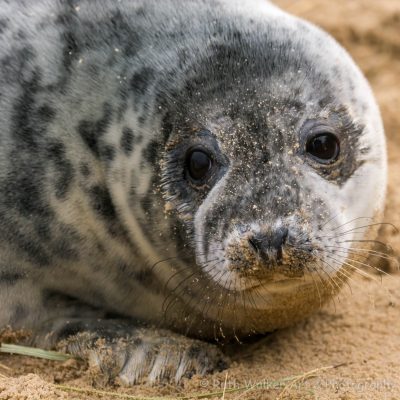 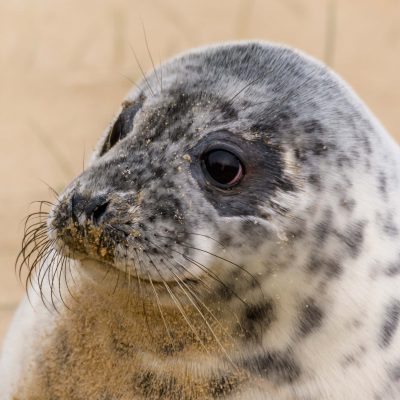 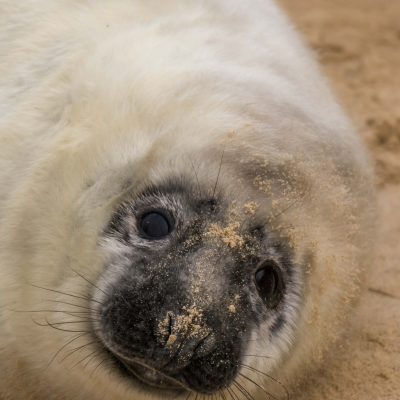 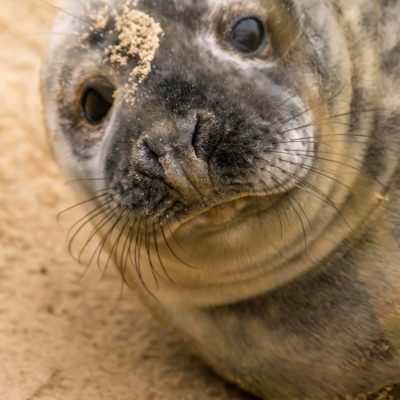 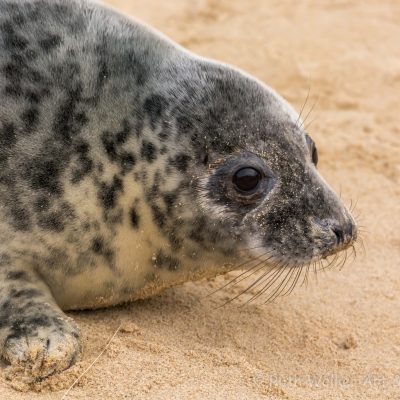 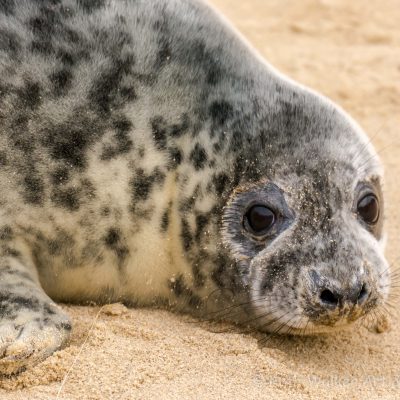 These photographs were taken on the east coast of Norfolk, England, mostly at Horsey. Grey Seals Halichoerus grypus are the more common of the two seal species that live around Britain; the other species being the Common Seal Phoca vitulina. About 50% of the world’s Grey Seals live around Britain’s coasts. Around 1,000 pups are born at Horsey each year. Pups are born with a white coat that isn’t waterproof. They feed on their mother’s milk for three weeks before they are weaned and she leaves them. Over the next three weeks, the pups moult into their waterproof, juvenile coat and once moulted, head off to sea to learn to swim and hunt. Fewer than 50% of pups survive their first year. For more information, see the Friends of Horsey Seals website.